WULF UTIAN’S LETTER FROM CAPE TOWN THE FINAL ONE

Who is Wulf Utian (Wikipedia)

Different times merit a different letter. I cannot prognosticate the future, find the present conflicting and confining, and do not intend to become obsessed about the wonderful past. For these reasons this will be my last, my final letter to you all from Cape Town.

The world has changed, and so have all of us, some for the better and some for the worse. Our role models are no longer the sports and entertainment stars or the “rich and famous.” Instead every evening as we cheer from our balconies and rooftops we now pay our respect to those brave health workers and service deliverers who labor selflessly day and night to keep us healthy, our food chain intact, our electricity and water flowing, our garbage collected. Ultimately how many of us will be able to respond proudly to the question, what did you do during the pandemic?

COVID 19 has had multiple effects beyond the awful impact on those most unfortunate to suffer the disease.  So I will not dwell on the economic, social, human suffering, and personal aspects of the pandemic. Nor will I rage about the political, yes unbelievably the political, for as the world faces a meltdown, gutless politicians divide instead of unite people, and real leadership is rare. The worst example? The evil and egomaniacal man in the White House and his cowardly sycophants who manage the pandemic as a political campaign for power, reelection, and self-enrichment, while neglecting and ignoring the science and necessary coordinated responses. But enough of this – we can only let history be the judge.

Lockdown has been a new experience for all of us. Above all it has given us the gift of time. Time away from most of our previous frenetic day-to-day activities, time to consider what was important and what was fluff, and time, too much time perhaps, to think, to reflect, to worry, but also to hope and maybe even to be more productive in new ways, and ponder how we might re-engineer our lives in the future.

For me, I have used some of that time to think gratefully of the past, a life well-lived and well-rewarded, with loving family and friends, to think of the present and day-to-day survival, and to think of the future which most certainly is going to be very different for a long while ahead. I have had time to think with pride about our two children who have continued to be active and productive despite the odds. Lara works endlessly through her Ladima Foundation mentoring women across Africa in the direction and production of movies and, most importantly, documentaries that will become part of the history of the pandemic. Brett puts his life on the line when he takes his community workers into Thembalethu, a poor area on the Garden Route near George, protected only by home-made protective gear (PPE), to do mass community screening and testing. My grand children have remarkable role models as parents.

A silver lining of the AID’s epidemic in South Africa was the need for community workers to supervise every day the administration of anti-retroviral drugs to affected individuals. Across the country there are over 50,000 of these trained individuals in a country of 60 million people. As of May 1, the United States, for example, had only 2,000 across the entire continental USA with a population of 330 million people. This ready-made army has now been given the task of house to house screening, and testing as necessary, of the poorest communities, which are of course the most vulnerable and the greatest danger for community and nationwide spread of the virus. The South African government, previously noted for its incompetence and corruption, has most surprisingly become an example to the world on how to handle a pandemic given the most adverse circumstances. The country is by no means out of the woods, and an escalation is still likely to be ahead, but at least they have given their best shot with a national and bipartisan science-based policy. Now the enigma facing governments worldwide is, absent universal availability of vaccines and/or effective therapies, how do you unlock the lockdown? Here the devil is in the details, and the fabric of the South African Government is beginning to unravel at the edges. We all simply do not know what really lies ahead.

I am grateful to be locked down with Moira, my wife of 56 years, who cheers me up,  exercises with me, and together we march the interior perimeter and decks of our Bantry Bay penthouse to the military music of John Philip Sousa. Hilarious!

Travel has been my consuming passion since I was a 9-year-old visiting every travel agent on Loveday Street in downtown Johannesburg on Saturday mornings and begging for travel brochures. I would rush home, sort them into countries and continents, read the contents avidly and dream. Little could I imagine that I would visit literally every one of these countries, and some of them several times, nor that I would have friends and colleagues in most of them as well. I had considered for this, my final newsletter, going back over the thousands of photos I have in my library and selecting twenty or so, and challenging you my readers to guess where I was. Instead I respond to the question I have been asked so many times, which is your favorite country to visit? Hands down, South Africa wins the prize with its totally diverse offerings.

In my newsletters over the past years I have covered the physical beauty, the mountains, morning walks on deserted beaches, hiking the indigenous forests of the Garden Route, the grandeur of the kloofs and gorges, the small towns, the smorgasbord of food, restaurants and places to stay,  the game parks, the sophisticated cities , the arts and culture, and the interesting people we met and spoke to along the way. So rather than create an international challenge as I mentioned above, to conclude my final letter, let me present you with a pictorial illustration of a little of South Africa’s wondrous and diverse flora and fauna. After all, this is a letter from the southern tip of Africa. I choose flowers and animals because the earth seems to be getting a brief respite from its most dangerous animal species, us, and because my photos will hopefully provide a brief moment of tranquility.

The following are just some of the more unusual plants.

Moving from plants to animals, the following is just a taste of the wild. Nothing can match the experience of sleeping in a tent in the bush and listening to the sounds of the night. But the magnificence of these creatures is clear.

These examples are but a few out of the thousands of photographs in my files. I hope they have offered a moment’s relief from the stark reality around us. I also hope we all get a chance to get out into the real world again and continue to sample it’s treasures.

I have had a lot of fun over the years compiling these windows into our lives during our stays at the tip of Africa. So for now I wish you strength, endurance, courage, good health, and great lives. 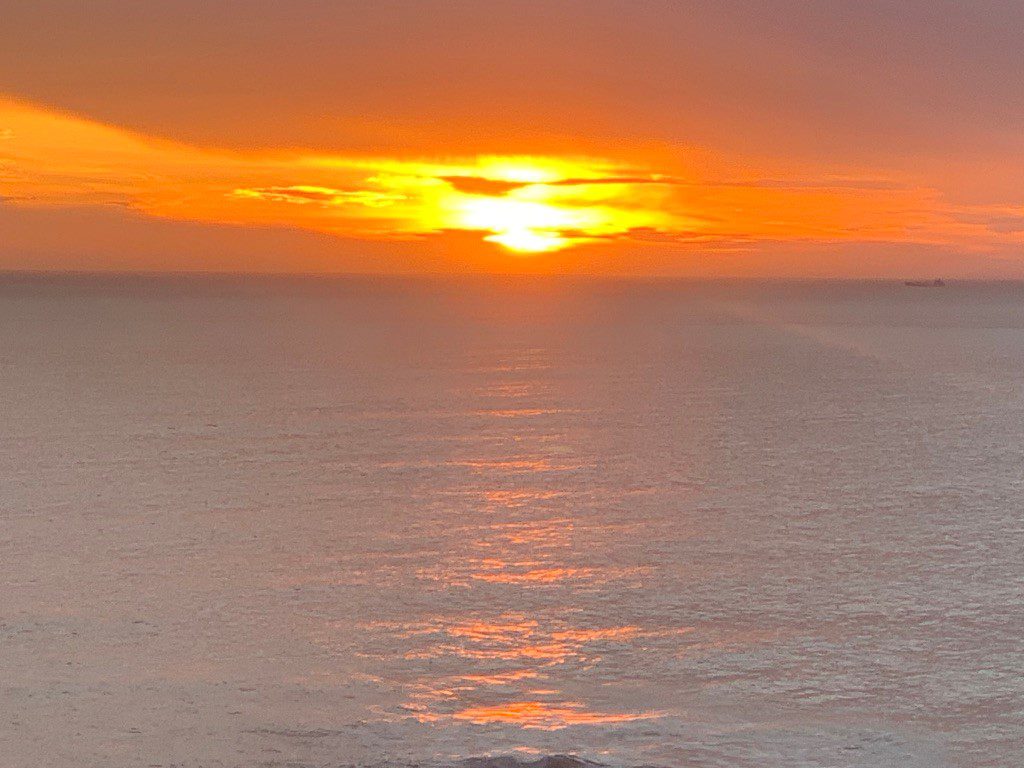